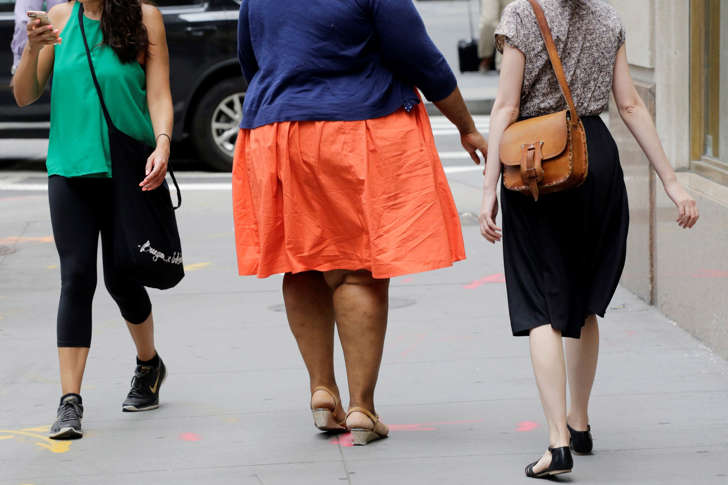 LOS ANGELES — Good news for some in the high-BMI crowd: A new study from the University of California, Los Angeles, finds that some 54 million Americans who are labeled as obese or overweight according to their body mass index are, when you take a closer look, actually healthy.

The findings, published in the International Journal of Obesity, reveal that employers could potentially saddle people with unfairly high health insurance costs based on a deeply flawed measure of actual health.

“This should be a final nail in the coffin for BMI,” said lead author A. Janet Tomiyama, a psychologist at UCLA.

Body mass index is calculated by dividing a person’s weight in kilograms by the square of the person’s height in meters. According to the Centers for Disease Control and Prevention, a “healthy” BMI is 18.5 to 24.9, an overweight BMI is 25 to 29.9 and an obese BMI is 30 or higher. The calculation has been seen as a slightly more nuanced way to measure health than weight alone.

But over time, researchers have begun to suspect that people with so-called “healthy” BMIs can be very unhealthy, and those with high BMIs can actually be in very good shape.

“The public is used to hearing ‘obesity,’ and they mistakenly see it as a death sentence,” Tomiyama said. “But obesity is just a number based on BMI, and we think BMI is just a really crude and terrible indicator of someone’s health.”

That would be a pretty big deal, especially since the U.S. Equal Employment Opportunity Commission recently proposed rules that would allow employers to penalize employees for up to 30 percent of their health insurance costs if they don’t meet 24 health criteria — which include meeting a specific BMI. If body mass index doesn’t accurately reflect health, then those with high BMIs potentially could be overcharged for no reason.

To find out whether BMI correlated with actual markers of health, a team of UCLA researchers analyzed data from 40,420 individuals who participated in the 2005-2012 National Health and Nutrition Examination Survey. They looked at individuals’ blood pressure, triglycerides, cholesterol, glucose, insulin resistance and C-reactive protein data — markers that are linked to heart disease and inflammation, among other issues.

They found that nearly half (47.4 percent) of overweight people and 29 percent of obese people were, from a metabolic standpoint, quite healthy. On the flip side, more than 30 percent of individuals with “normal” weights were metabolically unhealthy.

“The reason I think people rely on BMI is because it’s easy; if you know someone’s weight and you know someone’s height, then out pops this magical number,” Tomiyama said. “But getting blood pressure is pretty easy too. It takes maybe 20 seconds if you have the machine. And so I really think focusing on better health markers like blood pressure is a better way to go about it — particularly when we’re talking about financial penalties.”

Their results showed that using BMI as the primary indicator of health means that 74.9 million adults in the U.S. are being miscategorized as healthy or unhealthy. (That includes the 34.4 million people who are considered overweight and the 19.8 million people considered obese, according to BMI.)

“Policymakers should consider the unintended consequences of relying solely on BMI,” the authors wrote in the study, “and researchers should seek to improve diagnostic tools related to weight and cardiometabolic health.”